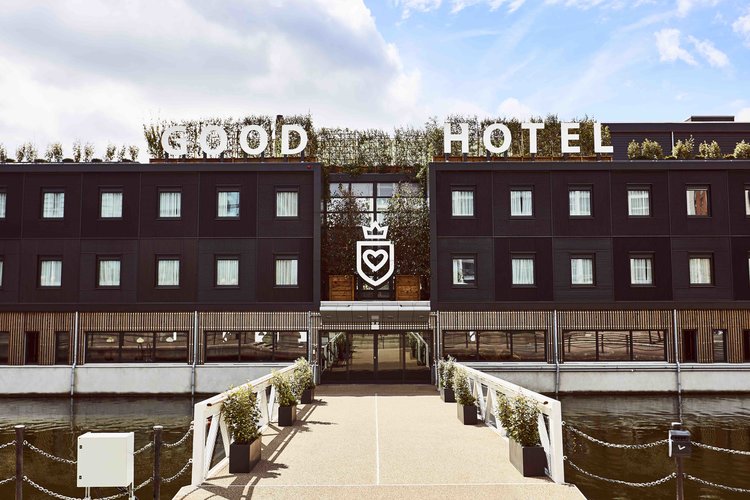 The Good Hotel in the Royal Victoria Dock launches the fourth in the series of Good Training programmes in February.

The purpose of the programme is to extensively train long-term unemployed locals in various jobs in the hospitality industry. After concluding the Good Training, participants will be offered a three-month contract at Good Hotel, followed by professional mediation in the city’s hotel business. The entire process gives participants a real chance to get off welfare, re-integrate into the economy and build a new future.

The third group is currently executing their paid work experience while getting ready for the Match Event. This is the moment when their Partner Hotels join get to know the graduates.

The floating hotel was the first Good Hotel to launch worldwide and stayed in its hometown Amsterdam for a year. In November 2016, the eight million kilo concrete structure was shipped to London’s Royal Victoria Dock by a submersible barge across the North Sea Canal, via the river Thames and through the King George V lock.

A spokesperson for The Good Hotel said: “This is already our fourth group of Good Training graduates We are very happy to be able to count on the support of hotels from the borough.

“At the same time, we would like to congratulate Ona Brown, who was part of our very first group in London, for being nominated for the 10th Anniversary of Newham Workplace as one of their top successful stories.

“We are very grateful to everyone who makes it possible; Newham Workplace, our Partner Hotel, the entire team at Good Hotel London and for sure, our amazing trainees!”